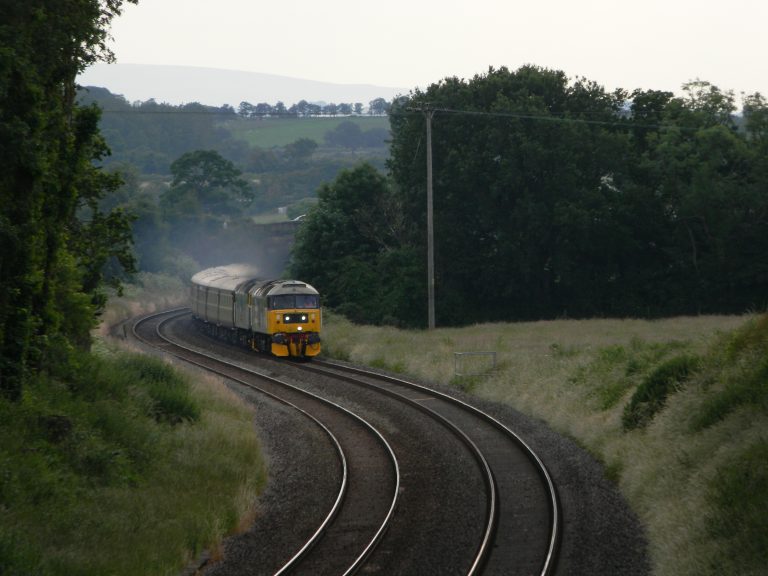 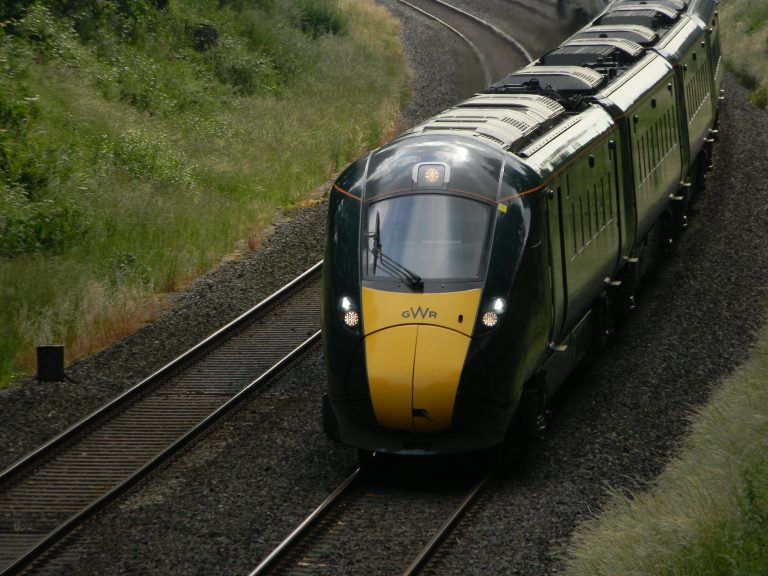 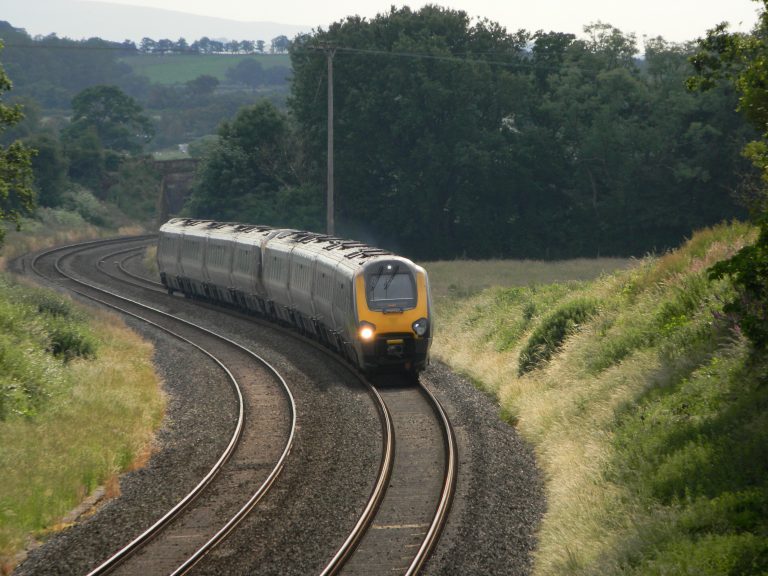 Clysthayes Bridge is a Grade II listed bridge on a lane linking Killerton House, near Exeter and Hele, a small settlement next to the M5 motorway. The bridge crosses the Great Western Main Line just west of Tiverton Loops and east / north of Stoke Canon. A small, free National Trust car park is available at Ellerhayes Bridge about a 10-15 min walk along Lease Hill.

In the down direction, the view is of some snaking curves before the next bridge near Ellerhayes and dramatic shots of long trains can be taken with a suitable zoom. The up direction features a gentle left curve and trains tend to slow heading in this direction.

Rolling stock is now mostly Class 800/802 IETs by GWR and Voyager Class DMUs by CrossCountry with the occasional Class 43 HST substitute for both operators. Freight is also common outside of peak travel times coming from Cornwall and Wales, as are ECS movements from Laira Depot and Bristol. The occasional rail tour passes by – both Steam and Diesel traction.

The bridge is notably safer than other road bridges in the area, with regards to passing traffic, due to the verge aside the lane and two private tracks at either end. The parapet is quite low, which is good for photography but otherwise something to be wary of with equipment / leaning over.

Sorry, no records were found. Please adjust your search criteria and try again.