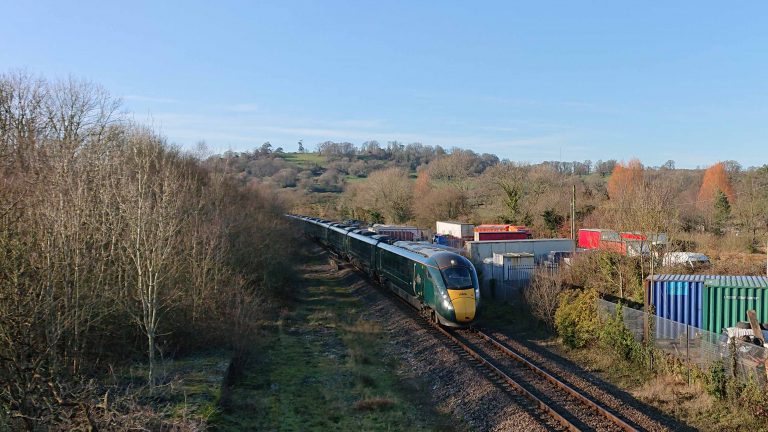 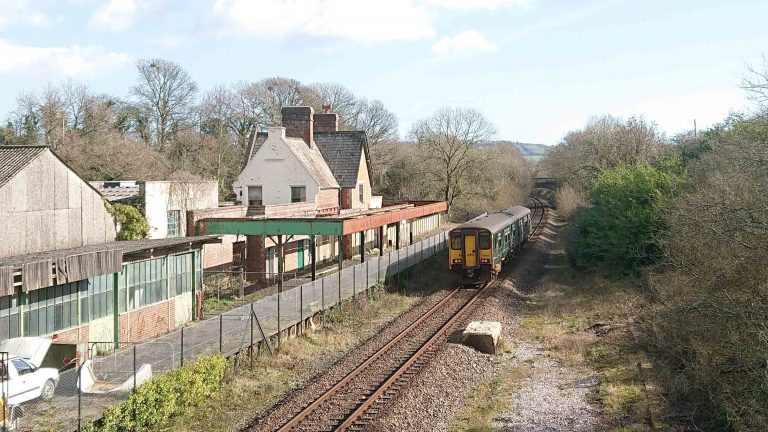 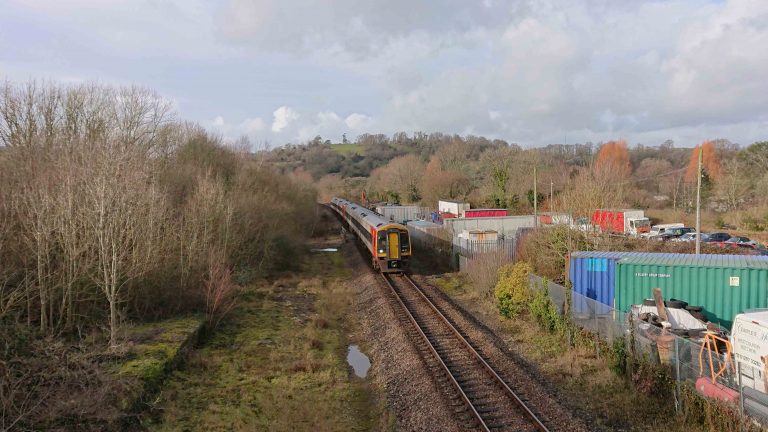 Seaton Junction Railway Station sits on the West of England Line from London Waterloo to Exeter St Davids, midway between Axminster and Honiton Stations. It closed to passengers in 1966 and to goods a year later. Prior to this it was the alighting point for the Seaton Branch Line via Colyton and Colyford, part of which has since become the Seaton Electric Tramway.

Spotting here offers some good opportunities to get ‘fake’ photographs of modern services at the abandoned station – now privately owned and off limits to the public. There were two footbridges until recently and the one that remains is a public footpath, meaning spotters can get some great, safe photos and spots from this vantage point. A field to the west of the bridge over a country lane also has a public footpath and offers a good view of the embankment towards the Honiton Tunnel.

Rolling stock is not varied. SWR Class 159s can be the only trains seen on most days. GWR occasionally run an ECS ‘interloper’ to Castle Cary via Yeovil and diversions of Class 800s / IC125s are rare but do happen. Freight is non-existent (except a rare diversion) and maintenance trains (NMT, Tampers etc) almost always run in the early hours when it is dark, so photo opportunities are effectively zero.

It is a very peaceful location. Dog walkers using the bridge are the only distraction but also very rare. You can be there for a couple of hours and see or hear no one. There is no public parking for cars nearby. The area in front of the station is large and vacant, but privately owned.

Sorry, no records were found. Please adjust your search criteria and try again.