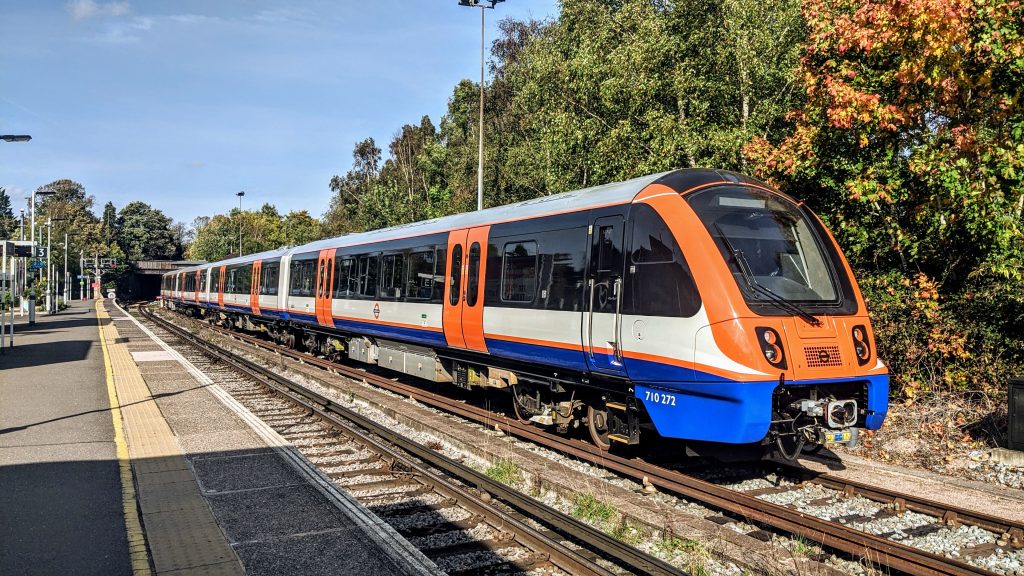 The London Overground class 710 units have made it as far south as Horsham in Sussex, and Dorking in Surrey, having arrived on the night of Sunday 18th October 2020 under the cover of darkness.

The first London Overground class 710 units entered service in London in May 2019. They are used on lines around London such as the Goblin (Gospel Oak to Barking), on which they replaced the London Overground class 172 units, following the lines electrification. The 710 units run in 4 and 5 car formation, with the 710/1 units being AC only and the 710/2 units (as pictured above at Dorking), are dual voltage for third rail and AC. 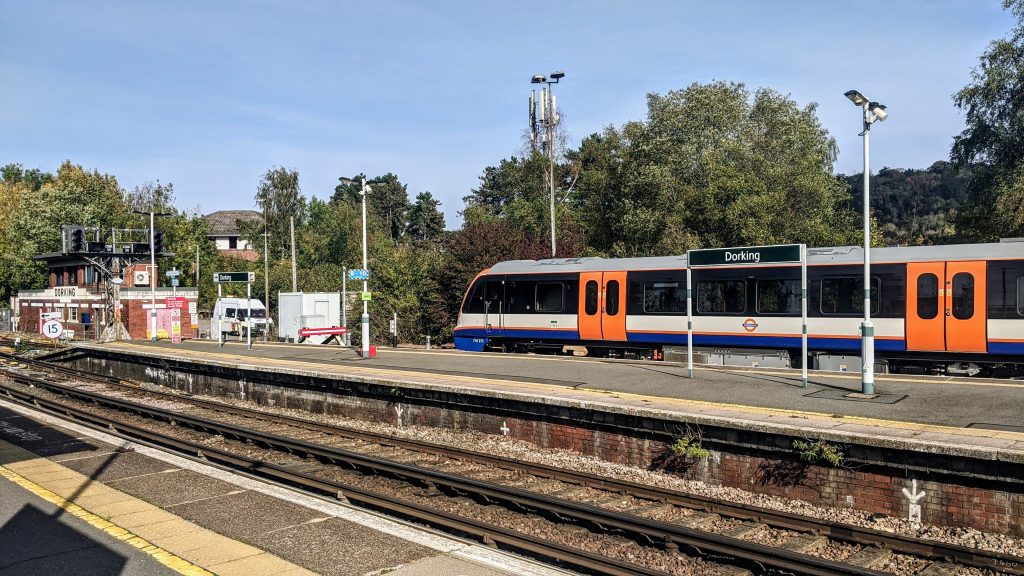 South Western Railway will be replacing a large number of their fleet with the new Class 701 Aventra trains. Likewise, the class 710s are also part of the Aventra family of trains. Whilst the SWR class 701 units are being delivered, testing can be undertaken using the class 710 trains.

The train will run between Dorking and Horsham, a route of a distance of 13 miles and 30 chains (approx).